I just wrote a short novel before I started editing Stars II. This blog is not about Stars II nor this novel I just finished recently but rather on why I started writing a new story and the amount of time it took me from editing Stars I.

Stars I have passed more than a dozens of revising/editing/tweaking/changing/versions throughout my lifespan. I’ve lost count how many times I have gone back in a specific year. I’ve written many first drafts throughout but Stars I is something I always went back to tinker something. There wasn’t a single year for the last ten years where I’m not working on it.  The amount of time and thinking exerted on it was more than the novels I finished.

The last of tweaking happened July 2018. It was also the month where I hit one of my highest writing log hours for the year. That single novel alone for one whole month took me 140 hours starting from Chapter 1 to the last Chapter though I think I might have opened a different novel just to distract myself, but the chunk of July was committed to Stars I.  I worked on sentences. I forced myself to stop and actually get to work. The problem with editing for me is that sometimes my mind would drift through the prose and I would have a read through session, instead of the words sinking in my brain with high clarity so I know what I can change. I felt like if I only read and didn’t do anything about it, I’m not working. The read through is easy and accomplishes nothing. I felt like twenty hours of the one forty was wasted. This time, I worked on the technical of the writing and focused on it. I swear to myself not to change any scenes anymore. I’m tired. But all the time I always added a new scene and sometimes to the better of it the entire novel changes. So in conclusion even after tweaking the story, I still ended with a fresh prose. I deleted something I had worked so hard before.

There were times that happened in July. Other part of it was the frustrating repetition. I didn’t know if other novelists encountered it. I’m really bored with my work at this stage. I knew what is going to happen! I would cover the next line and predicted the exact words.  What is the point of me reading a scene I already memorized because of the amount of times I went back to it? I would roll my eyes and tell myself I’ve been here before. I wanted to rip the entire thing and start over again. Sometimes, I’d slip to the bias thinking that maybe I needed to add something when in truth I didn’t need to. I’ve been reading it many times, but for a new reader this would be something fresh.

However, the boredom benefits a lot of things. I always catch an error. Be it in grammar mistakes or inconsistency in stories. This is why the feeling of boredom is important. I had to get through that to see more obvious mistakes.

There had always been a time when it felt to me something was wrong. I’ve given up recording the word count of my novel, I think the last time I counted it was last year. On that count it was about 220,000 + words. It probably expanded by now. Maybe, it was time for me to find a book regarding proper editing, so I know what I’m really doing or connect with other writers to really know how they edited their novels.

And this was why I started another novel. It had become an itch to me now. I’m always starting something new every month either a short story or a short novel that was about 50,000 words. I entered the state again with new feeling this past days. The boredom subsided with me working on a new first draft and the excitement and possibilities of what would happen. I don’t really know where the story is leading me and that was why I kept on going. I have the audience view every first drafts. It was exciting. Second rounds were still good because changes happened on that state. Third was still tolerable. Fourth was still okay. By the fifth, the spiral downward was the start.

Just a short report. I’ve started this new novel on the last days of August.

I submitted a fantasy novel that is more align with the industry at around 100,000 words. I didn’t think anyone would be willing to accept a massive epic fantasy from someone unknown. I always had a feeling I’m left with the self-publishing route for the Stars. As for my other fantasy series, it is strictly going the traditional route.  Depending on my ability to know how the internet works and my poor ability to socialize, I hoped I get the traditional method first. If I start having friends, then I might go with self-publishing.  Come on, someone has to buy my book, right? J

This is for today. 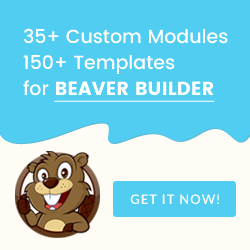